Why am I in the garden with a kettle in my hand?

I am aware that I'm heading towards decline, and I have no problem that my whole body has started telling me that 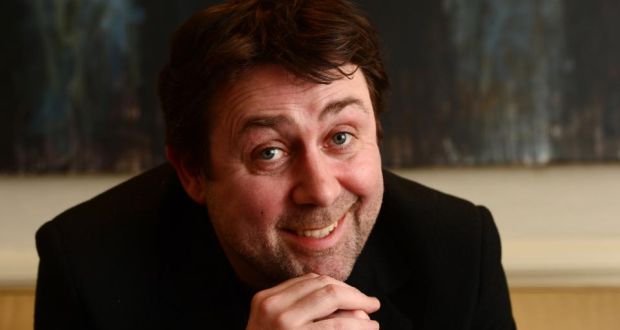 Often on stage I get introduced as a veteran comic, after which I go on to explain that I’m only 48 and have never actually fought in any war. I also point out that this is disrespectful to people such as our grandparents who actually fought in the war. (With my granddad I have to take his word for it; in all the pictures he is wearing a balaclava.)

I think of the many sacrifices people made for our freedoms today. People still have respect for that generation for this very reason. My generation, I fear, will not garner that kind of respect. As I ask a young person to help me cross the road in my old age, they will think: well, what sacrifices did you make for us? “We lived with only land lines and no piped TV,” I will shout back.

As a middle-aged man, I am aware that I’m heading towards decline, and I have no problem that my whole body has started telling me that, by way of a bald patch, paunch and breathlessness on upward gradients.

In fact, I have now officially retired from international football, preferring to concentrate on my occasional walks to the shops. My mind, having popped enough brain cells, now finds golf watchable, and I have what I term at least two daily “kettle in the garden” moments, where I find myself in my garden with a kettle in my hand, thinking: what am I doing out here with this?

What I didn’t know

I was expecting all of this. What nobody bothered to tell me was that when I reached my 40s I would wake up every day at 6am. I’m like a moth drawn to the light. There is nothing to do at that time of the morning except wait. I will usually turn on Sky News to find a guy staring back at me, saying, “What are you looking at me for? Nothing has happened yet.” I know so much about the Tokyo stock exchange you would not believe (it’s just gone down two points, by the way). Even the birds on my nearest tree have moved on, as if to say, “He’s turned on the telly again. Let’s go somewhere else.”

I have been blessed with decent health, even though I have pushed my body to extreme hedonistic limits. I once overdosed on amphetamines: I was rushed to hospital and made to work the night shift.

The only illness I have is psoriasis, which took me at least three months to even be able to pronounce, as it bears no resemblance to its spelling. For those who don’t know what psoriasis is, it is a skin condition that causes red, flaky, crusty patches of skin covered with silvery scales.

It’s socially awkward rather than painful. You can spot sufferers on sunny days: we are the ones wearing the heavy overcoats. It’s embarrassing when visiting people’s homes: when you’re saying goodbye, you are also saying: “But there will always be a bit of me here.”

There is no cure for it. When I went to the doctor, I was told, “There is not much we can do about it, but here’s a box set of The Singing Detective.” They went through the motions anyway. They made me try heat treatments – a kind of sun bed – but they don’t like to overdo this in case it causes cancer. They then tried me on a tablet called Neoral. Whenever I get a new tablet I barely look at the side-effects pamphlet in the box, as it usually just tells me not to operate heavy machinery, which I have also retired from. But with Neoral the booklet of side effects includes acute kidney failure. I decided to buy a new coat instead.

I have accepted that I’m at an age where little things will start to go wrong. This is just a natural part of the aging process, and, on the positive side, I only have to wait another two years before I can apply for life insurance and get that free pen from Michael Parkinson.

The media are obsessed with youth and tend to push older people to the side. With medical discoveries in the areas of stem cells and regeneration of genes, people are living longer. The dream is that, one day, people will live forever.

Well, I don’t want to live forever. I can think of nothing worse. I’m aiming for 75-80. I don’t want to be in a nursing home aged 120, and the nurse coming over and saying: “Are you enjoying your 120th birthday, Mr Hughes? Blink if you are?”

How many blinks for “turn off this machine”? And who is Mr Hughes?