I would have done anything for Ireland except live there

Growing up between London and Dublin left me without a strong identity but unable to shake off my inherent Irishness. 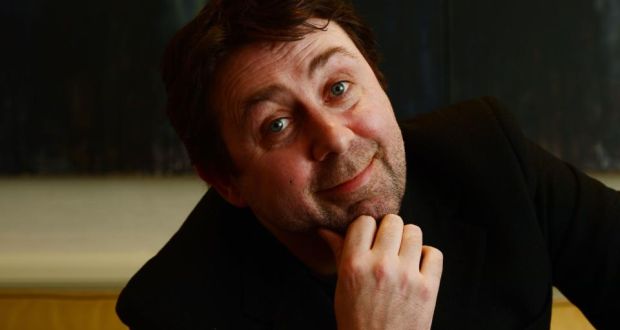 I’m bringing Penguins to Ireland for three nights in April – not literally, like the two women who came to see my show in Buxton recently following a three-month Antarctic expedition studying the animals. The show is more about the exploration of the human condition as seen through the eyes of a middle-aged Irishman.

I do know that penguins tend to let their young fend for themselves from a very early age, leaving them to their instincts. In a society that puts children before all else, we are very keen to entrust ours, from the age of four, with strangers for most of the day. This brings to mind my youth in Dublin, where we were thrust into the wild, relying on the Christian Brothers for guidance. We were told how to behave and conform, and not to think for ourselves.

I could only imagine the rest of the world was as uniformly grim in the early 1970s, but only a tiny part of Dublin was my catchment area. Bob Dylan wrote that “the times are a-changing” in 1964. It only took Ireland 20 years to pick up the message, but transportation and communication were notoriously bad back then.

Here, we were not being herded like cattle or following suit like sheep, but rather waddling like penguins in the freezing cold of the wilderness, accepting the situation. I didn’t even eat fish.

I think we were kind of aware that a new world was opening up, and change was happening under our very noses. Teachers were full of remorse for their casual violence. We had piped TV, a notion of a better afterlife and cheap bicycles. The guys in charge were still getting over the fact that the Swinging Sixties had swung by them, and they took it out on us.

I was even more the outsider, as I was born in London, and so was constantly referred to as a f***ing Brit. Contrarily, this gave me an even more impassioned approach towards Ireland’s romanticised freedom-fighting history.

The harshness of my growing-up has now turned the memories fond, not through rose tint but rather necessity. Reflection is a wonderful thing, and it became a career choice. Not my career guidance teachers’ choice: they thought I was more suited to forestry, I think because I looked to them like a cheeky monkey.

Warped attitude
My schooling seemed sound on paper, an all-boys Christian Brothers school next door to the nuns’ all-girl, sweet-smelling place of learning. This sounds idyllic but between the two was a towering wall of concentration camp proportions, which gave me a warped attitude to women – and to climbing.

We would stare out at this wall of desire, hoping for a sighting of one of these unobtainable girls. There was much excitement one day when we saw a pair of hands climbing over to our side, but it turned out to be a very confused East German guy.

Lessons were learned, not taught. They rammed facts into us that held little interest in themselves, but I learned that imagination was powerful, that nothing would come easy, and most importantly that anticipation is one of our greatest gifts.

On a whim I transferred to a school two miles away, called Rathmines Senior High. It was a place of misfits, but it opened my eyes and saved me, simply by showing me possibility. Wounded, I left for London aged 19, still resentful of its sepia tones and the duck-assed finished product they had thrown into the world. I left to pursue a comedy vocation and to try to lose my virginity.