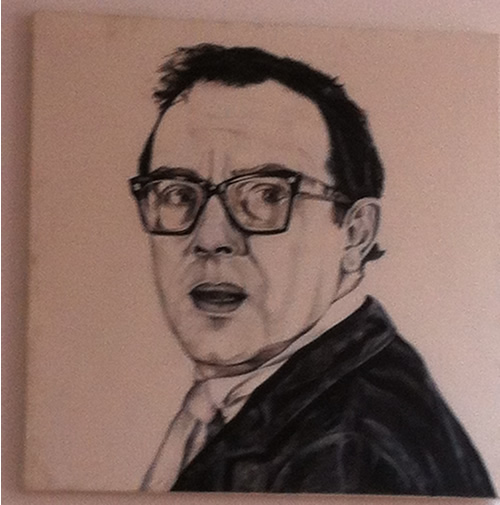 Eric Morecambe is one of the reasons I do comedy. He is an absolute hero of mine and that is why it sent a chill down my spine when I played at the Roses Theatre in Tewkesbury, the last place he performed. I really felt his presence.

He is one of the few people that can say so much with just a look, which is an outstanding skill to have, to make everyone feel better without saying anything. His very aura is comedy. Another skill was that he was an all-round entertainer, a much maligned characteristic that he pulled off with much aplomb.

One of my favourite bits is when he pretended to go home and Ernie would do that big song. I could relate to the fella who felt that things were happening once he left, behind his back. Their TV show was one of the few times that brought my family together as a family. His legacy lives on as only this week I was prescribed glasses for the first time, so rather than see it as another side of aging, I can’t wait to spend the rest of my life doing the Eric glasses shake.

Even though the Roses Theatre is a beautiful theatre, he should have died somewhere more fitting of his genius.
Because he means so much to me, I have given him prize position on my wall with a commissioned portrait of him. So in actual fact, every day in every way, I look up to Eric.